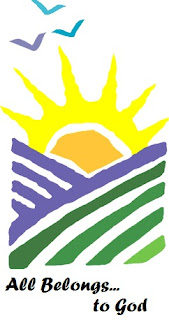 For the Fourth Sunday in Lent we may hear an Old Testament reading from the Book of Joshua. The text tells of the providence of God to those who had entered the land of Israel.

And the Lord said to Joshua, “This day I have rolled away the reproach of Egypt from you.” And so the name of that place is called Gilgal to this day.
While the people of Israel were encamped in Gilgal they kept the passover on the fourteenth day of the month at evening in the plains of Jericho. And on the morrow after the passover, on that very day, they ate of the produce of the land, unleavened cakes and parched grain. And the manna ceased on the morrow, when they ate of the produce of the land; and the people of Israel had manna no more, but ate of the fruit of the land of Canaan that year. (Joshua 5:9-12)

Divine Domain?
The people of Israel had left Egypt, but those who had crossed through the Nile waters did not always faithfully follow God who had rescued them. Thus it was that God led them for forty years in the wilderness of Sinai. After the time God determined passed, and Moses who had been their leader had died, Joshua inherited the task of guiding the people across the Jordan, into the land of Canaan. There the people who had been cradled by the providence of God… in that they regularly had been fed manna from heaven… began to harvest the bounty of the land.
Here we notice several items. First, nowhere does the scripture explain who planted the crops that they harvested. We must remember that up to this point the Hebrews (hapiru) were primarily nomadic shepherds. They and their flocks simply wandered and ate what the land naturally provided. Therefore, we must ask whether the children of Israel suddenly became successful farmers when they invaded Canaan, or did they simply harvest the plantings surrounding the cities of Ai and Jericho… which were the first to fall to the Hebrew’s military conquests. Was this an early policy of “imminent domain” simply taken since God had given them the land… in spite of the fact that the Canaanites were already there? It does seem so.

Basically, what this reading demonstrates is that God, our Creator, does not respect sinful human’s claims to property or position. All in creation belongs to God, therefore God may stand over against all nations, forms of government, rulers, populations or religious powers. The divine will is all that counts. It seems that God only allows those who do not yet know or acknowledge his name to exist for his own purposes… and they thus survive in a place or time. But their status may change at a moment’s notice in favor of the divine purposes intended for the witness of his chosen people.
As Christians who have been established in any time or place, therefore, we who inherit the calling of the children of Israel must take note. We must ask, “Is it possible for us to become like the “settled” people of Cana?” I fear that the answer is in the affirmative. We must today note that God favors those whom God shall favor, and he will favor those that call upon him. Thus we of the Christian church who grow sedentary in our inheritance and planting, risk losing the grounded giftedness upon which we stand.

The War of Yahweh
It is important to note here that the population of the Christian church has, and yet is… dwindling in the USA and elsewhere. The answer to this failure then seems for us to make sure we give God the glory. First, let us repent of our sloth and wanderings. It is by the power of God alone that we have come this far and are established.
Second, we are to praise God for his grace in granting forgiveness to us through Christ our Lord. Confessing and receiving forgiveness for Jesus’ sake is the empowerment we need for the task at hand… the growth of the kingdom.
And finally, let us together begin to plant the seeds of the kingdom. Let us join together and pray in the Holy Spirit for bounty, harvested as we war against those who would attempt to wrestle the kingdom from our Lord. This is the life and purpose of the church as we go forward through an unbelieving world.

Please Help With Proclaiming the Word!